Happy to make it happen

Scroll to the next section

About: who I am My name is Gregory Vardarinos and I am a director. I graduated from Edinburgh College of Arts, University of Edinburgh, back in 2010, with a scholarship from the Alexandros S. Onassis Foundation.
I became a director because it couldn’t have been otherwise. I really enjoy creating conditions that allow each story to unfold in the best possible way, "speaking" to diverse audiences. When I work, I make the most out of all available sources: from the actors’ talent and the possibilities of each script, all the way to the technical details and the aesthetic parameters that compose the final result.
My directing career to date has led me to many interesting destinations: from award- winning short films, creative and historical documentaries and television productions, to original collaborations and educational activities, with an emphasis on young audiences, while I am currently working on my first feature film. Moreover since 2017, I run “le plus petit chef”, an independent production company, based in Athens and Thessaloniki.
Directing is a journey, in the preparation of which nothing should be left to chance. And yet, everything can change from a random inspiration, a last-minute twist of the plot. I believe in the power and dynamics of the creative process: in the ideas that are waiting to be born, in the stories that are waiting to be told. With an ongoing flair for experimentation, I look forward to the next day on my own creative journey.

SERVICES: what I do

I do whatever needs to be done, so that at the end of each project, I can rest assured that the result could not have been better at the given time. Whether we are talking about a historical documentary or a corporate presentation; aren’t they all stories after all? The content and the context might change, the audience might be different, but the goal remains the same: the narrative needs to be visualized and successfully received not only by the eye, but also by the heart of each viewer.
Every time I embark on a new project, an exciting journey begins. I draw inspiration from dozens of sources, I do research, I think a lot, and I imagine even more. I enter the game with impatience and the same enthusiasm each and every time; each project is a new creative challenge. And at the end of the day, it all begins and returns to the same quest: the best way to tell the story.

"le plus petit chef" is a boutique production company with delicious creative ideas! We have an insatiable appetite for creation and inventively mix it with modern, high-end equipment, all the necessary know-how and last but not least loads of talent! We therefore offer fresh audiovisual services, preparing and serving productions that win the impressions at first sight. Get a taste here:
LE PLUS PETIT CHEF 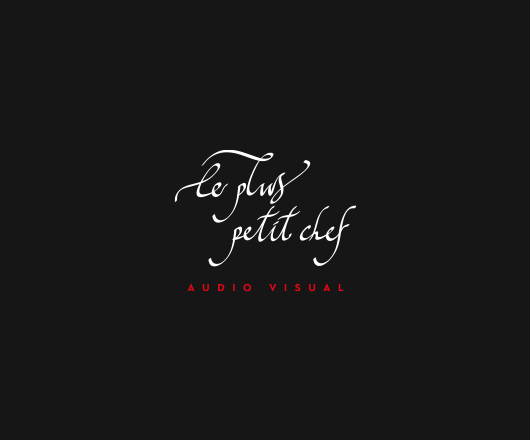 PORTFOLIO: what I ‘ve done "Philhellenes: fighting for freedom"
2021
In this mini-series of historical documentaries, on the occasion of the 200th anniversary of the Greek Revolution, I attempt a modern approach to the great historical event, from an international perspective. Throughout the 6 episodes, we embark on a complete historical journey, starting from the 18th century, focusing on Philhellenism during the Greek Revolution and concluding with modern Philhellenism. Iakovos Michailidis, Professor of Modern and Contemporary History, AUTh, served as the Historical consultant of the series, which is a production of Cosmote TV / Cosmote History, with my own "le plus petit chef" in the execution. "Boys and Ballet"
2018
The boys who attend the Higher Vocational School of Dance of the National Opera unfold their dreams and the difficulties they encountered to get there, from their first plié and relevé. An honest and sincere journey that explores what it means to be a boy dancing ballet in modern Greece, while revealing the present and the future of classical dance in the country. "Giannis Ntontsakis - Passion for Dance"
2018
In the context of a show featuring television portraits of various important personalities from the field of arts and culture, I directed a tribute to Mr. Giannis Ntontsakis, Director of the Higher Vocational Dance School of Greek National Opera. It was a rather spontaneous call, one of those last minute projects, in which you improvise, let the story take its own course and unfold in its own unique way. The result was an interesting narration by Mr. Ntontsakis on camera, with inlaid footage from his own archive. "The Great Fire of Salonika: Birth of a City"
2017
A historical documentary, following the footsteps of the great fire of 1917; the world - historic urban catastrophe that changed the face of Thessaloniki forever, destroying most of its historic center and leaving more than 70,000 inhabitants homeless. The documentary’s premiere took place in 2017, within the context of the 82nd TIF, while it followed an important festival course, with continuous sold outs screenings across the country and the winning of two audience awards. This is a co-production with COSMOTE HISTORY, with the support of TIFF - HELEXPO and the Thessaloniki Port Authority. "Herbs, fruits of the earth"
2017
Greek land’s herbs were the inspiration for this award-winning documentary series. The camera wanders around the exquisite Greek nature, in search of the history, the importance and the timeless value of these wonderful plants, from the depths of the folk tradition all the way to the modern era. Guided by scientific knowledge, the show highlights one of the most deeply rooted relationships in our lives: our relationship with herbs. "In wood We Trust"
2015
Two brothers coming from a small village in Pieria are resisting the crisis, turning a family carpentry business into a modern factory, specializing in the production of special handmade wooden accessories. Crafting the pieces with unique artistry and paying full attention to the smallest detail, they give wood its forgotten glamor, turning it to what it really is; a truly precious natural material. "The Noir Project"
2014
Through the innovative mix of live action and animation, in this short film I attempted an original approach to the issue of domestic violence. The film was selected by dozens of festivals in Greece and abroad, and won numerous awards and positive reviews. It was screened in more than 30 cities in Greece and was the basis for an educational program on gender equality and women's rights in Greek schools. This is a co-production with ERT and Cosmote TV, which was also supported by the program MEDIA - SEE Cinema Network. "Krito the Acrobat"
2013
How high would you reach for your art? As part of the documentary series "Tomorrow’s stars", with this film we travel to Seattle, USA, to make it to the dressing room of Krito, the first Greek acrobat who managed to win a place in the world’s most famous circus: Cirque Du Soleil. "Mehmet"
creative documentary
2010
Α young Turkish student in Istanbul, surrounded by oppressed Muslim girls, looks for a breath of life and freedom through the internet. In this context he starts flirting online with a Greek girl; what kicks off as an online adventure ends up in a real relationship after they meet in person in Thessaloniki and Istanbul. But when Mehmet decides to move to Greece, he faces a series of challenges. To cross the Europe-Asia border was easy. To deal with Greek bureaucracy was manageable. But to be fully integrated in a society like the Greek one? What happens when a Turk wants to pursue Greek identity? "Talking Piranhas"
2010
In a story where piranhas talk, the plot can never be boring. The short black comedy "Talking Piranhas" is my thesis film and an internationally acclaimed short film. Its long festival career kicked off with a nomination for the BAFTA Scotland New Talent Award 2010 in Fiction and ended up in the Golden Panda Award for Most Innovative Film 2011 at the Sichuan Film Festival in China.

My first feature film is a dark, atmospheric teen thriller. This is a project under development, which has been supported by the Greek Film Center and is in the process of developing the final script.

In collaboration with the award-winning author Filippos Mandilaras, we organized the first devised theater group in Thessaloniki, with the participation of teenagers from deprived urban areas. An initiative which resulted in the creation and presentation of an original performance by the participating teenagers.

Blind women’s makeup is the original topic of this short video, entitled Blind MakeUp, that was the creative result of my collaboration with Vice Greece. This is a rather oxymoronic concept, considering that the women themselves cannot see the result. The characters we observe are women who participate in a make-up seminar, some of them totally blind, and others facing issues with their vision, as they interact with their young teacher. We feel their need to highlight their beauty and to harmoniously integrate into the "look" society. After all, they are just women looking for ways to express their feminine side.

Creative vigilance is the only way to stay up to date with the ever-changing landscape of the creative economy. Pursuing scholarships and participating in seminars and workshops, I invest in knowledge and build constructive relationships with the contemporary filmmaking world. These creative fermentations give me the inspiration and the tools I need to keep evolving.

My creations at a glance
All Movies Documentary